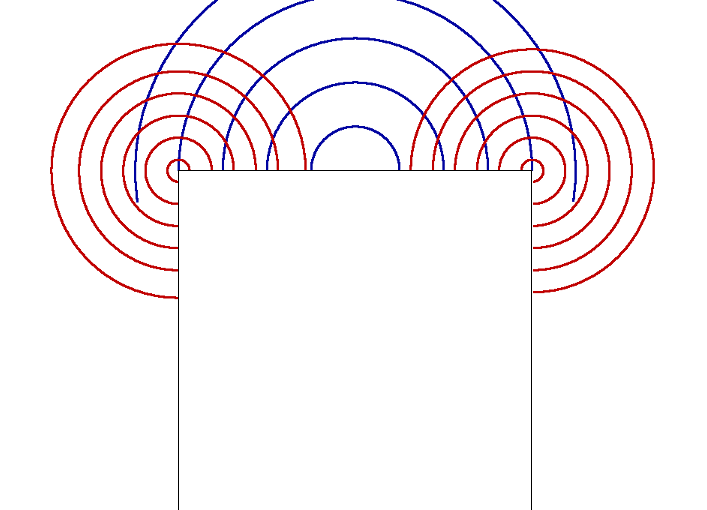 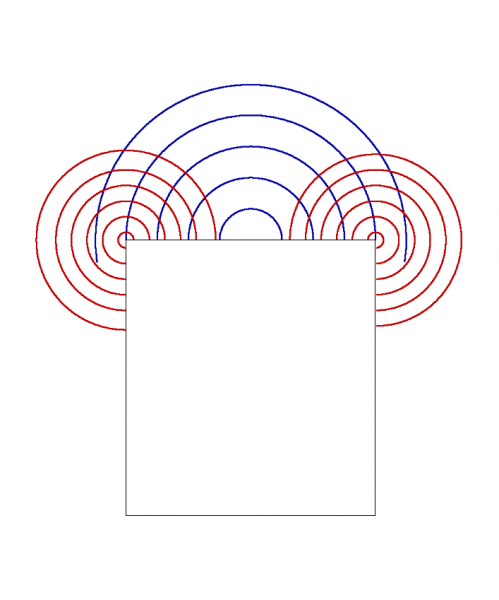 It is to be examined how the design of the baffle and the arrangement of the drivers, affect the reproduction quality of loudspeakers. In particular, the attention is paid to the directional behavior, of the tweeter. In addition to the frequency response on axis (0 °), a balanced and uniform directional behavior has a considerable, and in the author's perception sometimes (too) neglected, influence on the playback quality, also and especially in terms of spatial representation of the sound, of speakers.

Imbalances between on-axis, and off-axis frequency responses very often result from an inappropriate baffle design including missplacement of the drivers. The tweeter "sees" the baffle edges in the intended frequency range, where secondary sound sources are created.

Those who value a loudspeaker not only by its tone, but also by a good stage presentation, should take a trained look at the baffle of the speaker in addition to reading impressive sound descriptions. To train this view is the concern of this article ...

In the following, the directional behavior of 25mm tweeters in different installation situations is examined. The influence of midrange speakers is usually less problematic and should not be considered here.

The first four examples are based on (reliable) simulations, assuming a tweeter linearized on the axis and separated at 2kHz. The simulations and measurements show the angles 0,30 & 60 ° horizontally.

First, two installation situations without or with only minimal influence on the housing:

Uniform, flawless directional behavior, starting from the frequency given by the tweeter surface of the tweeter. No edge diffraction and / or secondary sound sources.

The "housing edges", in this case the edges of the tweeter itself, are so close that the associated frequency is in a range in which the tweeter no longer works as a half-space radiator. He practically does not "see" them. The system can be viewed as a system without a baffle.

Uniform, impeccable directional behavior without problems due to edge diffraction.

This concept is used in the Kit Center-HQ.

Baffle rectangular, narrow, tweeter in the middle, no waveguide, no chamfers

The tweeter "sees" the baffle edges in the intended working area. => Edge diffraction. The result is an on-axis dip with a peak at angles. In the simulation, the tweeter is linearized, => the dip on the axis has been compensated, which makes the peaks at angles more revealing accordingly. Regardless of how the driver filtered to the axis, the discrepancy between on-axis and off-axis frequency responses remains.

space: The space suffers from the imbalance of axis and angular frequency responses

Usually such concepts are coordinated with a sink on the axis, which is then "filled up" again at angles. In terms of tonality, that can sound very good. In an area that is sensitive to the ear there is a depression (I like to call this "ear flatterer"), but nothing is missing energetically, as it is compensated at angles.

A second approach would be to separate very high (in this case> 3,5kHz). However, this causes other problems. The mid-bass driver already directs clearly in this area and is then "replaced" by the tweeter, which still works as a half-space radiator => The energy frequency response is unbalanced. In the area of ​​the crossover frequency, too little and too much energy is released into the room. Furthermore, it becomes more and more unbalanced in the vertical direction as the crossover frequency increases. The distance between the drivers must always be seen in relation to the crossover frequency.

This concept finds application in very many, vA speakers developed under time, and or selling pressure 😉

The chamfers weaken the interference, but the fundamental problem persists. The above written remains valid.

How to deal with the problem?

In addition to the infinite baffle and the "practically non-existent" one, there are other, promising approaches to avoid or significantly reduce edge diffraction.

The following examples are all based on real measurements from speakers I have published. There is no claim to completeness.

Wide baffle with generous rounding on the sides

No edge diffraction in the intended work area. The (rounded) edges are far enough away that they cannot be "seen". Extremely even straightening behavior.

This concept was used in the construction proposal Wave Wall 182, Another very appealing speaker that follows a similar approach is eg. the Grimm LS1.

Tweeter positioned off-center with 12mm chamfer sideways and up

Low influence by edge diffraction at 2,2kHz, which can be easily compensated for by a suitable filter from the midrange driver. In addition, uniform and trouble-free omnidirectional behavior.

This concept was used in the construction proposal Samuel HQ

Trapezoidal chamfers with a steepness> = 20 °, brought as close as possible to the tweeter

Slight expansion around 5kHz, otherwise no problems due to edge diffraction. The bundling behavior is, characterized in that the tweeter sees only very little baffle, to the directional behavior of the mid-bass, which allows a seamless connection to this only.

The upper chamfer is, depending on the concept, not necessarily needed. Under certain circumstances, the result could even be (even) better without this.

This concept is used, for example, in the building proposals Samira & Samira-HWG.

No edge diffraction at all. Extremely even directional behavior in the entire transmission range. In contrast to normal dome tweeters, even in the super high range (> 10kHz) wide and even radiation Concerning. horizontal bundling an almost perfect solution.

However, the distance to the mid-bass driver is greater than without sound conduction, which adversely affects the vertical radiation behavior. This problem is avoided by a correspondingly deeper separation, which, thanks to the sound pressure increasing and thus driver-relieving effect of the waveguide usually. is also feasible.

This concept is used in the building proposals Cinetor & Cinetor-HWG

The same applies as in the previous example, but without the problem of the large driver gap. The tweeter used here is the Seas-DXT. The size of a "normal" tweeter (D104mm), with the effect of a real waveguide. Fascinating!

The trapezoidal phases do the rest, especially in terms of stabilization of the bundling behavior towards the mid-bass driver. In wider baffles there would be a widening in the transmission range, usually. to 3kHz which would be compensated only by a correspondingly high crossover frequency.

The horizontal straightening comes very close to the theoretical ideal perceived by the author!

This concept was used in the construction proposal DXT-Mon

There are very meaningful and simple approaches to tackle the topic of edge diffraction in tweeters:

... there is actually only one problematic case

With this article, the dear reader has (hopefully) learned to be able to judge this, at least partially, by looking at a loudspeaker. Nevertheless, being able to read a little measurements is definitely helpful ...

It is not sensible to provide existing loudspeakers with chamfers, new baffles, sound guides and / or driver arrangements. In the vast majority of cases, this requires a metrological check and a corresponding adaptation of the crossover.

For questions, suggestions & criticism: feel invited to use the comment function!

16 thoughts too "About baffle design, edge diffraction, secondary sound sources, ... ... and their influence on the sound quality of loudspeakers"