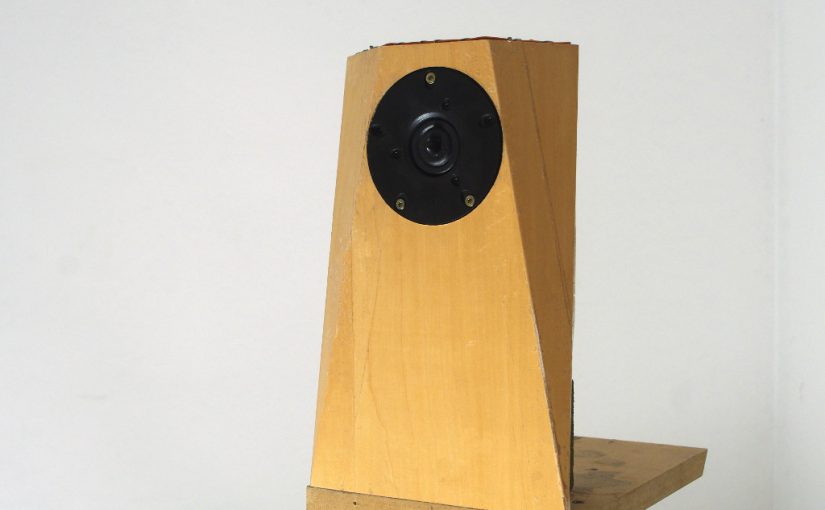 The topic of baffle geometry and its influence on the playback quality of loudspeakers has already been discussed in the article "About baffle design, edge diffraction, secondary sound sources, ...“Received in detail. If you still believe in the design of a baffle and the arrangement of the drivers on the same is primarily a question of optics, please read the article (again).

In the process of finding a suitable baffle, I often ended up with the variant "sloping bevels". The question arose again and again how steep these really have to be in order to be effective. So far I have relied on secondary knowledge in this regard ... read in books, forums, magazines. When the question came up again recently, I decided to investigate the matter with measurements.

To accomplish this, a baffle with adjustable, beveled chamfers had to be made. After a lot of headache, how to build this, I finally came to the following conclusion:

A V-groove was milled from behind, slightly less deep than the plate thickness, the whole thing "secured" from the front with adhesive tape and a 2mm thick copper wire stapled from above, which serves as an adjustment mechanism. The "wings" can be set anywhere from 0 ° -55 °. 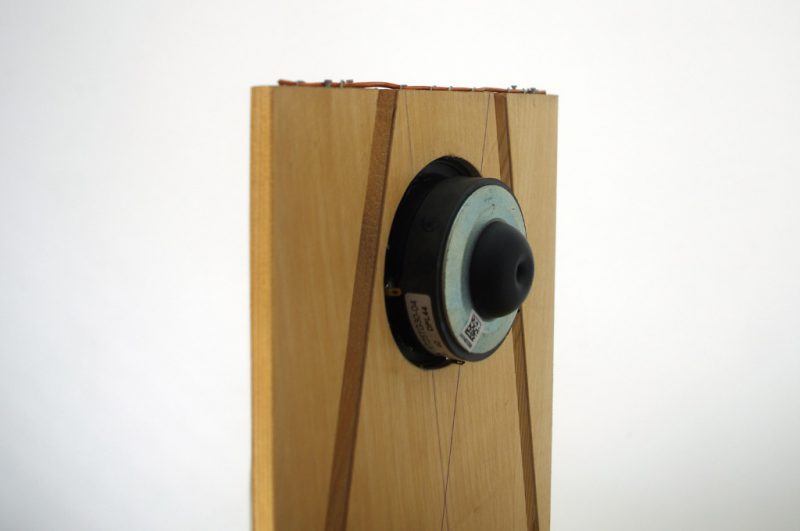 For the tweeter, I chose one that by itself does not show any disturbances in the directional behavior in the area relevant for edge diffraction, which could falsify the results. The choice was much to the one I really appreciate XT25TG-30 / 04.

The left picture shows the radiation behavior in a sonogram normalized to 0 °. The right-hand example shows the angles 0, 30 and 60 °.

The sonogram shows that the loudspeaker is considerably too wide around 3kHz and radiates too narrow below that. Axis and angular frequency responses are unbalanced to one another. Where there is a depression on the axis, there is a superelevation at angles. The loudspeaker changes its character with the listening position. A steady and as evenly narrower course as possible would be desirable.

The main disturbance (expansion by 3kHz associated with the constriction below) decreases with a larger bevel angle. Chamfers with a slope of <20 ° do not yet produce satisfactory results.

The chamfers themselves form a new edge, which comes to bear with increasing steepness. Recognizable by the arising expansion around 5Khz. This is less pronounced because the tweeter in this area is no longer working as a half-space radiator.

In addition to resolving the "rectangular geometry", this is one of the main tasks of the inclined bevel: bringing the housing edges so close to the tweeter that it no longer "sees" you or only weakly. Shorter distance ⇒ shorter wavelength ≙ higher frequency ⇒ more directivity ⇒ less influence of the edge

The “inclined bevel” concept works particularly well when the tweeter is already clearly bundling in the corresponding frequency band and thus it is practically no longer “seen” at all. Of the Seas DXT 27TBCD / GB be mentioned here by way of example. How well this driver works with oblique chamfers is an example DXT-Mon to see.

The concept of the bevel chamfers doesn't really work around the problem to get over. But not unconditionally. The slope and position must be chosen carefully and according to the concept. If you were to ask me for a universal recommendation, I would say:

Finally, the measurements in single images, for those who want to take a closer look. The steepness of the chamfer is in the lower left corner of the picture.

Note: The picture change is also possible with the mouse wheel