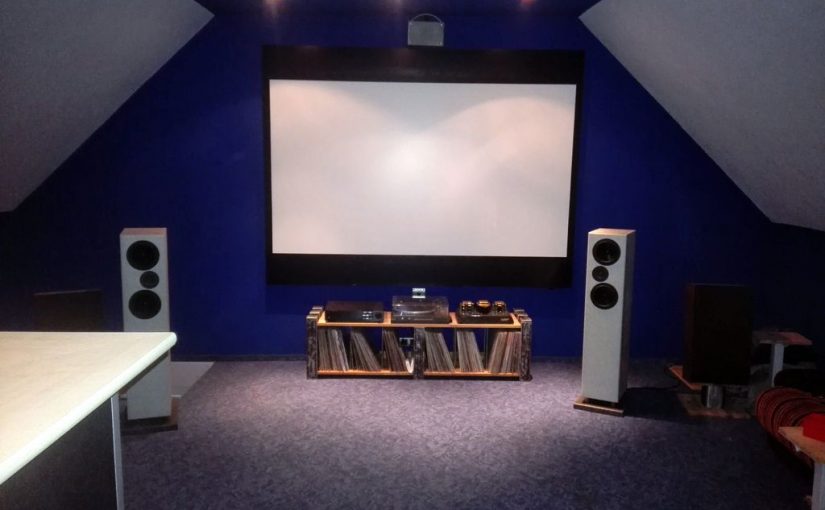 I became infected with the record virus about two years ago. So a turntable moved in (current status: three dual 701,732,741), then an amplifier (dual CV 1700) and a tube amplifier (Reussenzehn Tube Slave S). Now only the right boxes were missing.
The profile for these boxes was:

After a long reading in various forums, with the usual suspects, I came across the Samuels of Alexander hot man.

During a nice phone call, it was clear they fit like ass on bucket and what can I say ... I was not disappointed, experience music in a new way, hear things that weren't there before.
Since my listening room is also my home theater, it did not take long and they were used as front speakers. After that it was clear the devil theater can take off and a few emails later it was firmly established the HQ Compact.

Baumappe purchased, the wood trim ordered from our hardware store, chassis and components ordered for the frequency turnouts.
Frequency switch soldered ... that was a lot easier because I had made holes in the Samuel's Alexander. The MDF glued according to the construction plan, the chassis milled out with the router + milling compass.

Was not a problem until then, but what I did not like was the solution with the tweeter. The sits normally in a HT tube, I've built a case for it, which has promised me more. The whole thing would then be glued to the box after observing the mass height and depth of the tweeter.

The speakers were then properly sanded first, then they were primed and rolled with black paint. As with the Samuel's Granite Effect paint, I used belton paint for the finish.

Is super easy to process and conceals even small mistakes. You should choose as a basic tone about the finish, so it saves some spraying processes and it covers better. Finally, apply the effect clear coat of belton, marry and enjoy the chassis and box.

Fit in with me just as well, the Samuel's play alone with records, with films the HQ Kompakt is added and soon also the subwoofer SPH-380TC BR.